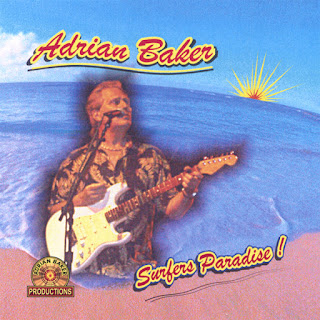 Hey everyone, jiggy22 here! I'm holding an Amazon giveaway for ONE copy of Adrian Baker's legendary Surfer Paradise album on CD. This landmark album by former Beach Boys sideman features hits such as "Surfin' Safari", "Lazin' on the Beach", "American Girls", and "Summertime City". Don't miss out on this five-star rated album! All you have to do to be entered is to follow the link and watch one video on YouTube. Giveaway ends on July 2nd. Is it your lucky day? Find out here!


UPDATE: The giveaway has ended, congrats to Jeff S., our lucky winner of the first annual Summertime Fun Giveaway! Join me again later in the year, when I'll be giving away a free, SIGNED copy of Chris Farmer's (former musical director of the Beach Boys, 1997-2007) Born on Christmas Day album! 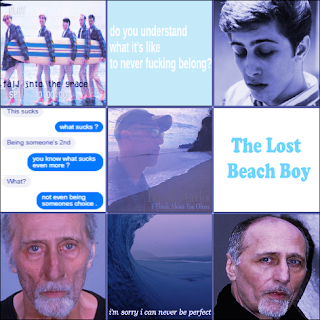 Subscribe to @i-think-about-you-often on tumblr for more posts on everybody's favorite BB bad-boy.

Hey everyone, a whole slew of my alternate albums can be found via this link:
https://mega.nz/#F!0ExQkQCI!XpVrFiShokcaVWEeVqV0Ig!VMY1ja4S

In addition, here are a few extra links:

Hey everyone, long time, no talk! So, I'm sure those of you who have tried to download something on here has noticed that all links on this website are down. Last Tuesday, my mega.nz account was permanently suspended following continued copyright takedowns. This is most likely due to my Beatles albums, as all of my previous takedowns were Beatles albums. And today, I've made the conscious decision to not re-upload my alternate albums using a different server. I came to this decision because over the past year or so, I've been feeling more and more conflicted over sharing music files for free online. This is especially so after becoming acquaintances with Beach Boys archivists Mark Linett and Alan Boyd over discord. The future of the archival releases of Beach Boys material depends almost entirely on the sales figures of the current copyright releases, and if I'm offering these downloads for free, then that's a potential sale lost. As of today, my blog has accumulated approximately 437,000 views. If every person who has viewed this blog bought the recent copyright releases, the future of these archival releases would certainly be secure! And we need these copyright releases! Who doesn't want stuff like "Carry Me Home", "What Can the Matter Be", "Rooftop Harry", or an a cappella mix of "At My Window", or the entire Adult/Child album to be officially released someday?

I started this blog back in 2016 because I wanted to share my own mixes of the music that I'm so damn passionate about. I've been through so much since then, but the support of everyone here has been overwhelming to me. I still remember a comment someone left on one of my videos, stating, "Scott G is the sixth Beach Boy!" Even today, I still look back on comments like these with a huge smile on my face. I'll still upload some of my mixes of Beach Boys songs on my YouTube channel when the mood strikes me, but as for this blog, I think it's time for me to just leave it be for now. I'll leave all of the write-ups on here, because I put too much time into them to just delete them, but no downloads will be offered. I suppose I'll leave it up to the readers to roll their own mixes. I know this will be disappointing to many of the regular visitors here, but please understand the circumstances that have led me to make this decision. Thank you so much!
Posted by Scott G at 9:57 AM 9 comments: 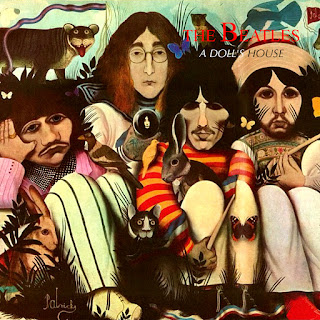 Here is my long-awaited 2018 update of my alternate version of The Beatles' 1968 self-titled album, appearing here as A Doll's House. The full change log can be found directly below.

Hey everyone, just noticed that like, half of all of my links on this website are down right now. Sorry about that! Please allow some time for me to re-upload everything that's gone. Thank you!

Might take awhile to fix some of these links, seeing as I don't have a lot of these files anymore. I will persist however...

EDIT 10/4/18:
All links have been restored, a big thank you to The_Lifehouse for providing me with all of the missing files!
Posted by Scott G at 9:12 AM 9 comments: 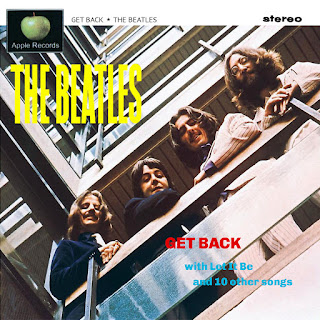 So uh, how's everybody been for the past...four months? Geez, sorry about that! I've been really preoccupied with you know, life and whatnot. These past few weeks however, I've really been into the Beatles again, thanks to the anticipation for the recently-announced Super Deluxe Edition of The Beatles (The White Album), my favorite Beatles album! Once that comes out on November 9th, I'll probably be sharing an updated mix of my alternate version of the album, entitled A Doll's House. For now though, I'd like to focus on an update of another one of my alternate albums. Get Back was originally intended to be released in September 1969, then pushed back to January 1970, before being scrapped altogether and replaced with Let it Be, produced by Phil Spector. Here, I'd like to propose a possible "what-if" scenario: What if Get Back had been released in April 1969 as a followup to 1968's A Doll's House? I'm sure I've already talked a lot about the history behind the album in my previous post, so let's just skip right ahead to the music, alright?

For this updated album, I've decided to remain as faithful to the original mixes as possible, to try and present as authentic of a listening experience as possible.
"One After 909" is sourced from the original Let it Be album, albeit with a slightly faster fade-out on the ending dialogue.
"Don't Let Me Down" is sourced from the original 1967-1970 album, sped up by 1% to more closely match the original mono mix (found on the Mono Masters album).
"Dig a Pony" is sourced from the original Let it Be album, with the opening and closing dialogue completely removed
"I've Got a Feeling" is also sourced from the Let it Be album, and also features a slightly-faster fade-out on the ending dialogue.
"All Things Must Pass" is sourced from the Early Takes: Volume 1 George Harrison album from 2012. This is a stripped-back demo recorded early in the sessions for George's first solo album in 1970. Obviously this is a little anachronistic with the original 1969 Get Back sessions, but a little creative liberty has to be taken here. The full-band run-throughs during the Get Back sessions are simply painful to listen to (and in mono, nonetheless), and George's February 1969 demo is a little too barebones to be used. So, we'll be stretching our imaginations a little bit here! In my alternate history, this version of "All Things Must Pass" was recorded in four takes on February 21st, 1969, with George on acoustic guitar and vocals, Paul on electric bass guitar, and Ringo behind the drums. No involvement from John, him and Yoko would probably have been watching from the console booth. For this mix, the second bridge has been edited out, resulting in a running time of 3:30. Just close your eyes and imagine what could have been...
"Let it Be" is presented here in the single mix featured on the Past Masters compilation album. I decided against using the more dynamic album mix produced by Phil Spector, as it completely went against the "back-to-basics" approach the Beatles had when working on the album.

"For You Blue" is featured here in the mix released on Let it Be...Naked. Spector's mix completely removes the acoustic guitar overdub, resulting in a very empty-feeling mix. However, I decided to slow the track down by 1% to more-closely resemble the original 1970 mix in that regard.
"Two of Us" is sourced from the original Let it Be album, with the opening dialogue removed. Some barely audible closing dialogue at the end has also been removed.
"The Long and Winding Road" is presented here as it appears on the Let it Be...Naked album. Certainly one of the most controversial tracks regarding its presentation. Considering that the take Spector used for the Let it Be album was simply a run-through, and the take featured here was actually intended as the master take (it was also featured in the original Let it Be film), it only makes sense to include the stripped-down, more polished-sounding, "Paul-approved" version here.
"I Me Mine" is also presented here in its Let it Be...Naked mix. As with "All Things Must Pass", this track was also recorded at a much later date than the April 1969 release date we're assuming for this alternate album. So, for shits and giggles, let's just pretend that the group recorded this track during the same February 21st session as "All Things Must Pass".
"Across the Universe" is presented here in a pretty unique mix. For this updated album, I took the World Wildlife Federation version (which was technically the mix approved by The Beatles for release in 1969) off of Past Masters, slowed it down by ~4% back to its original pitch, and faded it out before the final "wing flapping" sound effect appears. Check it out for yourself, you should be impressed!
"Get Back" is sourced from the 1967-1970 album in its original stereo mix.

So, while a few creative liberties were taken here, the end result is (IMO) miles stronger than the disappointing replacement we received in 1970. If only things could have been different for the Get Back album. Enjoy, and look out for more in...another four months I guess.